Below is an article about the current state of the anti union movement and ways it can be fought.

“We are worried, but we are ready to fight,” says Barbara Madeloni, president of the Massachusetts Teachers Association (MTA). “We are more ready than ever, actually.”

With 110,000 members, the MTA is the largest union in the state, a status that could soon change once the Supreme Court hands down its anticipated ruling against unions in Janus v. AFSCME [the American Federation of State, County, and Municipal Employees]. That decision would allow public-sector workers — some of whom are currently mandated to pay “fair share” fees if they opt out of full-fledged union membership — to receive union representation and benefits without paying anything. This would expand right-to-work conditions to the entire public sector in the United States, a crisis even for a movement that is accustomed to crises. Say the word “Janus” to union organizers and they say things like “devastating,” “catastrophic,” “cataclysmic,” and “fucked.” And “organize.”

Two years ago, unions escaped with a victory in a similar case, Friederichs v. California Teachers Association, only because the timely death of Justice Antonin Scalia resulted in a 4-4 decision. But no one is counting on a favorable court ruling this time around; hence, a call to arms. 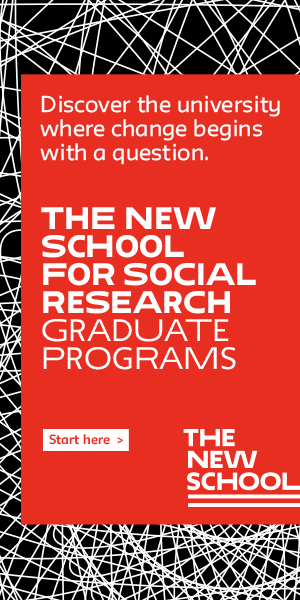 “There’s no trick,” says Madeloni. “The work we need to do now is the work we needed to be doing anyway, what we should have been doing all along.”

Occasionally, past crises for labor gave rise to new tactics — corporate campaigns, going global, minority unionism, and others. But Madeloni is referring to the fundamentals of building worker power from the inside out. That means having direct and repeated conversations with current members to engage them in the daily life of the union, winning contract fights, converting fee payers to dues-paying members, identifying leaders that will help restore the union’s membership after the initial expected losses under Janus, and waging political battles for the common good. Other unionists surveyed for this article echo those core strategies. But the Massachusetts teachers are better positioned than most because of their recent winning record in such fights.

In 2016, the MTA won a campaign to stop the expansion of private charter schools in Massachusetts. The opposition was backed by $30 million from hedge funds, the Walton family, former New York City mayor Michael Bloomberg, and corporate charter organizations, but the union relied on deep organizing to outmaneuver their far-richer opponents. In addition to mobilizing members, the fight included a partnership with youth-led organizations, parent groups, and the NAACP to canvass the public and defeat the measure. This effort represented a sea change in the union’s organizing style, a first test of Madeloni’s promise as its new leader to move the union toward member-driven action. “If we had not taken on charters we would not have the spirit of readiness that we have now to fight Janus,” Madeloni said.

As part of its “All In” campaign, the union has since hired ten organizers to engage members and meet new hires immediately in order to build resistance to Janus before the decision is handed down. “At a moment when the impulse is to tighten our belts and hold onto our resources, we have decided to put money into organizing in order to survive in the long run,” Madeloni said.

“Militant unions will be fine under Janus,” says John Borsos, executive director of the Sacramento City Teachers’ Association in Sacramento. “The unions out in front of this are looking at it as an opportunity to move toward a different kind of struggle.”

The CTA was the defendant in the Friedrichs case, which put these issues on its radar earlier than most. As part of its pushback against the right-to-work measures, the union has adopted new practices to engage members in the life of the local. “People stay engaged when they can see that fighting means they win,” he said. To take one example, the union expanded its bargaining team on the latest contract from six to sixty members, so that more of its leaders could experience the union as “the way you get what you want,” Borsos explained.

Kim Cook, former president of  the Service Employees International Union (SEIU) local 925 in Seattle, also said that past court cases proved to be instructive in preparing for Janus. In 2014, Harris v. Quinn restricted unions’ abilities to collect dues from some public-sector workers, an opening salvo in the legislative battle to nationalize right to work. Cook’s members were unprepared and the union suffered heavy membership losses in its wake.

“Before Harris we were wringing our hands as to whether we even tell our members about this,” she said. “But we got hit hard when they got our list. And they brag about it.” Cook is referring to the lawsuits filed by the Freedom Foundation, the right-wing group at the heart of the boots-on-the-ground support for Janus, to gain access to union members’ personal information.

Shawna Murphy, an in-home child-care provider and SEIU 925 member, was on the list. After repeated mailers and phone calls went unanswered, one day the Freedom Foundation just showed up and knocked on her front door. “He just walked up and told me I could stop paying union dues,” said Murphy, an encounter she described as “really creepy.” Murphy, who comes from a union family and is a committed member, sent the man on his way.

Cook says the union has since won the ability to block groups from getting such information and has begun an active campaign to inoculate its members against the Right’s message. “We’re not just going to have a quick conversation to sign a card and move on, which was what we did to prepare for Harris and Freidrichs,” Cook said. “It was all about numbers [then]. How many can you get and how fast can you get them?” she said, laughing. “But it was a mistake because signing someone up doesn’t solve the long-term problem of building leadership.”

The question of how to build leadership from the bottom up has been a tense one in SEIU and the labor movement at large. In the mid-nineties, SEIU leader John Sweeney won the first contested election to become president of the AFL-CIO with promises to remake the labor movement into an organizing force. His New Voice slate, which included the current AFL-CIO president Richard Trumka, and Linda Chavez-Thompson of AFSCME, had been inspired by the dramatic growth of SEIU throughout the eighties and nineties, an era when virtually all other unions were in decline. There were good reasons to believe that a more militant and aggressive unionism was ascendant.

But the organizing rhetoric obscured the core of Sweeney’s strategy, which sought growth through mega-mergers, “comprehensive campaigns” aimed at corporate stakeholders and the media, and a transactional relationship with the boss. Its legacy has made the transition toward “organizing” incomplete across the labor movement, and the vast majority of unions retained their servicing orientation, either because it was too expensive, too risky, and too bureaucratic to change, or simply because they did not believe it would make any difference.

“For years we’ve been saying we gotta change, we can’t be the kinds of unions we were in the fifties,” Cook said. “It will be interesting to see in a year from now if anything is really different. Or are we watching ourselves get smaller and smaller and more irrelevant like in Wisconsin?”

Wisconsin went right-to-work in 2011, even as fierce protests led by unions, students, and community organizations occupied the state capital off and on for months. Today it offers a cautionary before-and-after tale. Wisconsinites invented public-sector unionism over fifty years ago, but, thanks to Governor Scott Walker’s vicious anti-union “reforms,” they have lost more of their union density than any other state. The Milwaukee Journal Sentinel found that AFSCME membership declined by 132,000 union workers since 2011, more than would fill Lambeau Field and Miller Park. Moreover, teachers there have seen a drastic decline in pay, and now earn about $11,000 less since the passage of right-to-work laws and the 2015-16 school year, a recent study finds.

Janus brings with it the possibility of even more eviscerating changes. The Freedom Foundation door-knockers weren’t there to provide information about avoiding wasteful union dues. They were there as part of a well-funded Republican crusade for the utter destruction of worker power. The battle cry of a recent Freedom Foundation fundraising campaign declared its intention to “drive the proverbial stake” through the hearts of “government unions” in order to “finish them off for good.”

There’s an argument on the Left that public-sector unionism is less promising than organizing in the private sector because the “union difference” is smaller. Public-sector workers often out-earn their private-sector counterparts even without a union. And because they already vote at higher rates, their unions, in their capacity as “schools of democracy,” don’t increase political participation as much as they would in the private sector.

But the opposite logic now underpins the motivation for fighting Janus. Public-sector workers dominate the education and health-care landscape, and their unions position them well to intervene in public policy debates. This makes them indispensable partners in campaigns on issues that extend beyond the workplace.

Cook worries that a declining membership base will make it harder for unions to take political risks because members who disagree with a union’s protest agenda can simply walk away. But Borsos insists this can be addressed by grounding the union’s political work in the everyday experiences of members. To that end, the Sacramento teachers’ union invited parents and civil rights organizations to participate as bargaining partners, which he credits with winning a “breakthrough contract” that included reduced class sizes, more nurses and psychologists in schools, restorative justice practices, reduced standardized testing, and improved services for special education students.

The notion of “bargaining for the common good,” which nearly everyone I interviewed raised, connects union issues with broader political fights for equality, public education, health-care access, racial justice, etc. Unions will get more chances to fight battles like these before Janus is decided in the summer: Florida Republicans are already pushing a bill to automatically decertify any union where less than half of the members pay dues, a happenstance that will be made more common after Janus. And while the major unions could stand to be “more like social movements,” it is clear they can’t do it alone. Fighting Janusprovides an opportunity for meaningful collaboration between unions and left organizations, because society’s ability to meet human needs depends on the success or failure of public-sector workers to defend our common interests.

“There’s a reasonable chance we will come out okay,” says Madeloni. “Part of coming out okay is that we win fights that aren’t just about maintaining membership. That’s important, but if we can use our power in more meaningful ways [. . .] we will be stronger for it. Even if there are fewer of us.”