Negotiations will continue at a special board of education meeting this week after union members voted to authorize a strike. 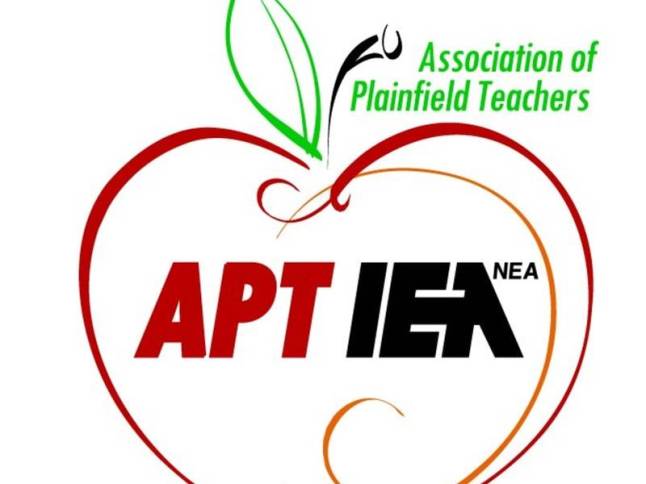 PLAINFIELD, IL — After nearly a year of negotiations and a rejected contract, the Association of Plainfield Teachers moved a step closer to teachers strike in District 202. APT President Dawn Bullock on Saturday issued a statement saying an overwhelming 98 percent of union voters authorized their negotiations team to call a strike, if necessary. While a date has not yet been set, a lawful strike could start as soon as Halloween, on Oct. 31.

“The overwhelming issue is a conditional section of the Board of Education’s (BOE) offer that would destroy future salaries in years four and five,” Bullock said on Saturday, adding that using the Consumer Price Index (CPI) to determine raises and thereby eliminating the professional pay schedule “would cause a severe reduction of salary growth, make the district far less competitive in attracting and retaining quality career teachers.”

Late last month, District 202 board present Greg Nichols said a contract deal rejected by teachers included an “almost 4 percent” raise for 80 percent of Association of Plainfield Teachers members — which APT has since disputed — and a 6 percent retirement incentive. Bullock said the proposal offered a pay increase of only 2.75 percent for the average teacher, “plus a one-time monetary offer of $250 for part-time teachers or a $500 for full-time teachers. This additional ‘signing bonus’ does not compound nor does it equate to a 4% raise on our schedule.”

On Saturday, Bullock said other issues putting APT members at odds with the district include teacher turnover, competition for teachers with other school districts and the duration of the agreement. The three-year pact proposed last month by the board included only a one-year salary and retirement benefits commitment.

Bullock said during the latest round of negotiations — which started last November — the school board made an offer that might have brought the two sides closer together, “but it made its proposal contingent on the association agreeing to eliminate the career pay schedule in the last two years of a five-year agreement.” Eliminating the pay schedule “would make the district far less competitive in attracting and retaining quality career teachers,” Bullock said.

Bullock said the overwhelming strike authorization vote shows that District 202 teachers are committed to a fair agreement that addresses the needs of career educators. (For more information on this and other neighborhood stories, subscribe to Patch to receive daily newsletters and breaking news alerts.)

“Our district loses dozens of quality teachers to other school districts every year,” she said in a statement. “The turnover rate is simply unfair to teachers, students, parents and other community stakeholders who depend on quality schools that are staffed with experienced teachers. Plainfield should not be a training ground for new teachers who start here, learn their profession, take the school district’s training, and then leave Plainfield to serve other children.”

Bullock said the union has reached out to the board to set additional meetings to continue negotiations, noting, “No one wants to strike … Hopefully, with their commitment, we’ll get this matter resolved fairly and without a job action.”

Bullock said the union and the board have submitted their latest proposals to the Illinois Educational Labor Relations Board (IELRB), adding that the proposals will be posted on the IELRB website on Oct. 17

She said this year is a chance for teachers to make progress on narrowing wage disparities with other area school districts, adding that a teacher pay freeze and other cost-cutting measures have resulted in “record surpluses in school district savings.”

“Plainfield is a strong community with good, fiscally sound schools,” Bullock said. “We don’t expect to end up at the top of the list in pay, but we do expect to be treated fairly as career professionals.”

Patch reached out to District 202 for a response. In an email, District 202 Director of Community Relations Tom Hernandez said, “We continue to negotiate and look forward to a positive outcome with our teachers.”

The board has scheduled a special meeting for 7 p.m. Wednesday, Oct. 18, to present its latest contract proposal offered to APT. “Time will be allowed for citizen comment as required by law,” the district said of the meeting, which will take place at Plainfield South High Schoo, 7800 Caton Farm Road, “However, the Board will not conduct a question and answer session regarding the proposal at this meeting.”